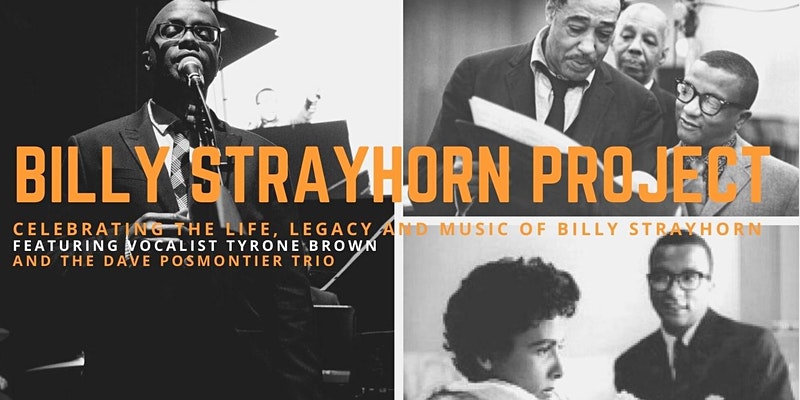 BILLY STRAYHORN PROJECT is a celebration of the life, legacy and music of William Thomas “Billy” Strayhorn (November 29, 1915 – May 31, 1967), the American jazz composer, pianist, lyricist, arranger, and LGTBQ artist, best known for his successful three decade collaboration with bandleader and composer Duke Ellington. Ellington called Strayhorn “my right arm, my left arm … my brain waves in his head, and his in mine.”

BILLY STRAYHORN PROJECT features velvety-voiced-vocalist Tyrone Brown, Dave Posmontier (keyboard and music direction), David Brodie (bass) and Doug Hirlinger (drums), playing original arrangements from the Strayhorn songbook such as “Take the ‘A’ Train,” “Chelsea Bridge” and “Lush Life.” The evening performances coincide with the annual birthday tributes across the country and around the world – www.billystrayhorn.com.

Two performances only. MONDAY, NOVEMBER 29, 2021 at 7:00pm and again at 8:30pm at the Our House Culture Center, at 6380 Germantown Avenue. *Please note that the City of Philadelphia has reinstated an indoor mask requirement for all audience members.