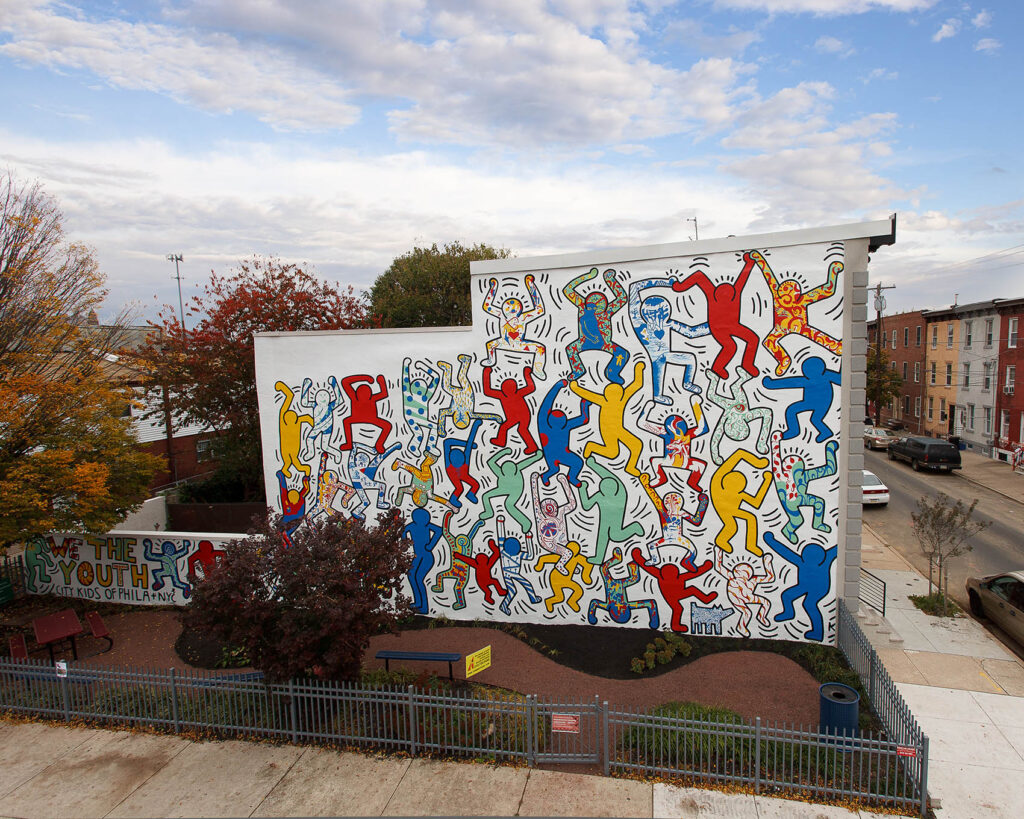 Mural Arts has restored We the Youth, a mural created by iconic gay pop artist Keith Haring. Originally created in 1987, it is the only Keith Haring collaborative public mural remaining intact and on its original site. After months of wall repair and painstaking restoration, We the Youth has been returned to Haring’s original intent.

Recent damage to the wall prompted Mural Arts, with generous funding and support from the Keith Haring Foundation, to engage in intensive restoration.  With a new owner recently buying the home that the mural is painted on, Mural Arts agreed to adopt the mural as part of its Restoration Program to maintain important pieces of public art.

Located at 22nd & Ellsworth Streets, We the Youth was created in collaboration with CityKids of New York and Brandywine Workshop in Philadelphia. With its limned, primary-colored beauty, lyrical characters, and childlike innocence, the mural is quintessential Keith Haring. In the work and on the wall, Haring’s artistic vision – his energy, life, and spirit – serves as his testimony.

Pennsylvania-born Keith Haring (1958-90) was preeminent among the young artists, performers, and musicians whose work responded to urban street culture of the 1980s. When he arrived in New York City at the age of 19 to enroll in the School of Visual Arts, Haring found an alternative art world thriving outside the gallery and museum system, in the downtown streets, the subways, and clubs.  Inspired by the graffiti artists whose marks covered the city’s subway cars, Haring began to draw in white chalk over the black paper used to cover vacant advertising panels in the subway stations. Not only was Haring able to reach a large and diverse audience with his subway drawings, but, eventually, the subway  became, as Haring said, a “laboratory” for working out his ideas. There, he developed the series of images that would become his signature: the radiant baby, the barking dog, and the running figure.

As early as 1982, Haring began exhibiting in galleries and museums around the world but continued to participate in public projects, including  literacy campaigns and anti-AIDS initiatives. Building on earlier impulses to draw on everything from refrigerator doors to vinyl tarpaulins, Haring continued to use a variety of media in order to communicate to a massive audience, essential themes such as birth, death, love, and war. In February 1990, at age 31, Keith Haring died of AIDS-related illnesses. Since his death, he has been the subject of several international retrospectives. His work is in major private and public collections, including those of the Museum of Modern Art; the Whitney Museum of American Art; Los Angeles County Museum of Art; Art Institute of Chicago; the Bass Museum  in Miami; Centre Georges Pompidou, Paris; Ludwig Museum, Cologne; and Stedelijk Museum, Amsterdam. Although Keith Haring’s career was brief, his imagery has become a universally recognized visual language of the 20th century. For further information, see haring.com.

Mural Arts Philadelphia hired artist Kim Alsbrooks to restore We the Youth. In the early ‘90s, Albrooks attended a workshop fashioned after Haring’s workshops with youth. After learning Haring’s techniques, Alsbrooks employed them in workshops she did with children. The restoration is being led by Alsbrooks with a full team of Jennifer Procacci, Charles Newman, Laura Velez, and Malachi Floyd.

“I am very grateful to be able to restore this beautiful, important work of Keith Haring, an artist I have admired for almost 30 years and one who means so much to so many people” 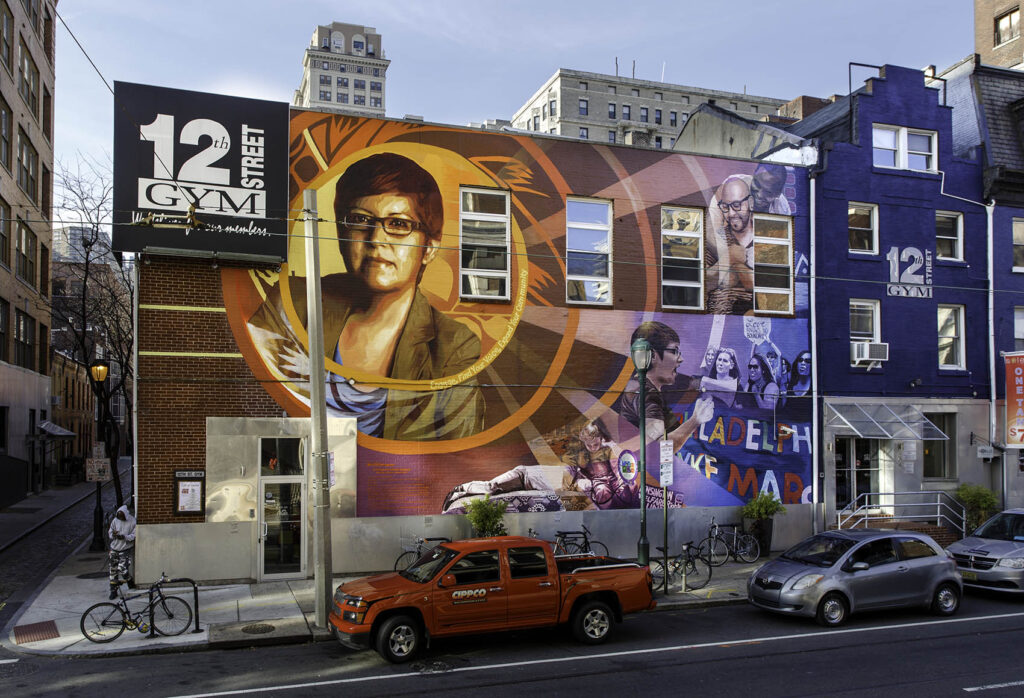 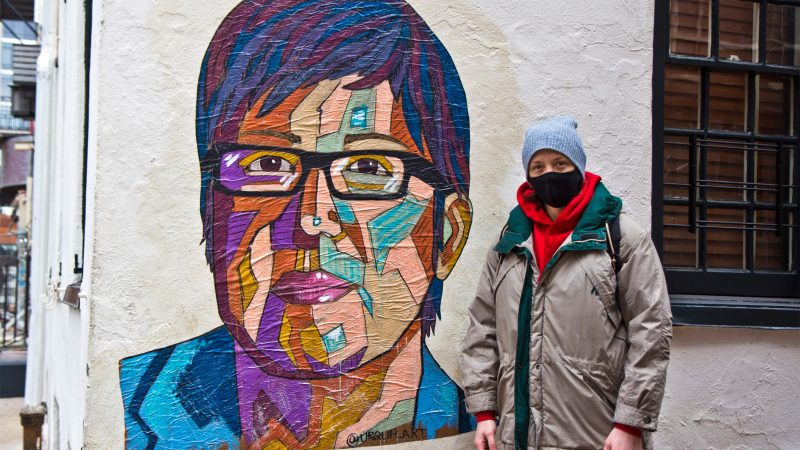 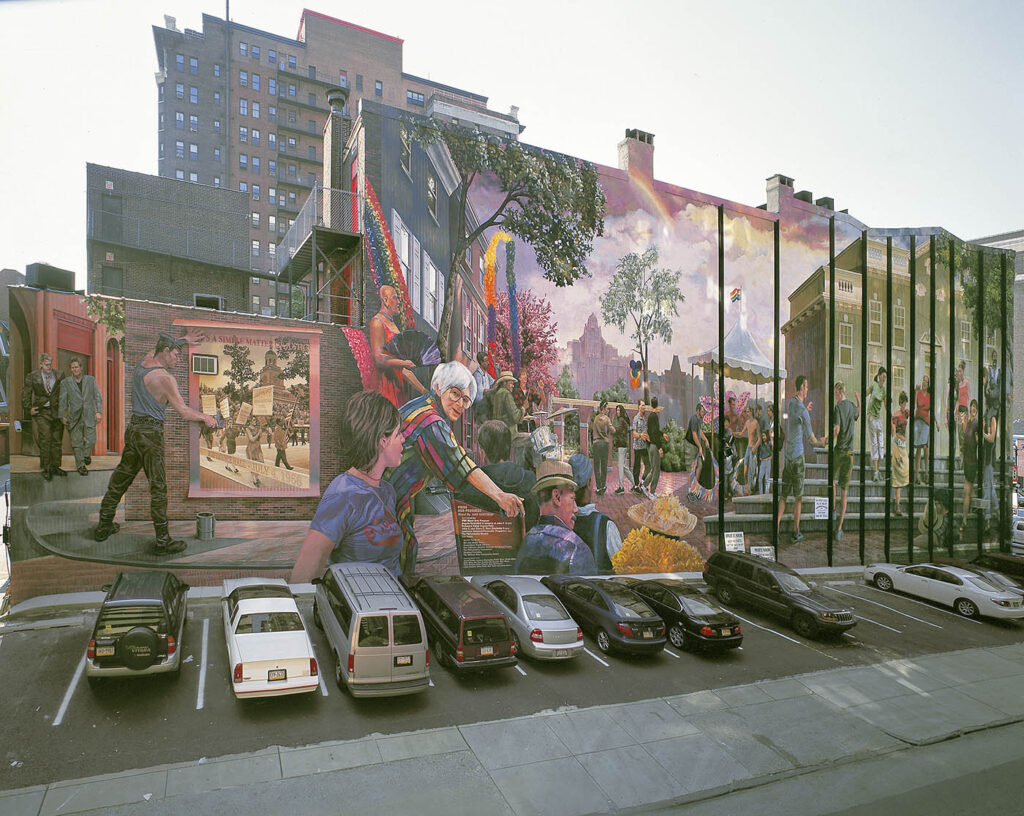 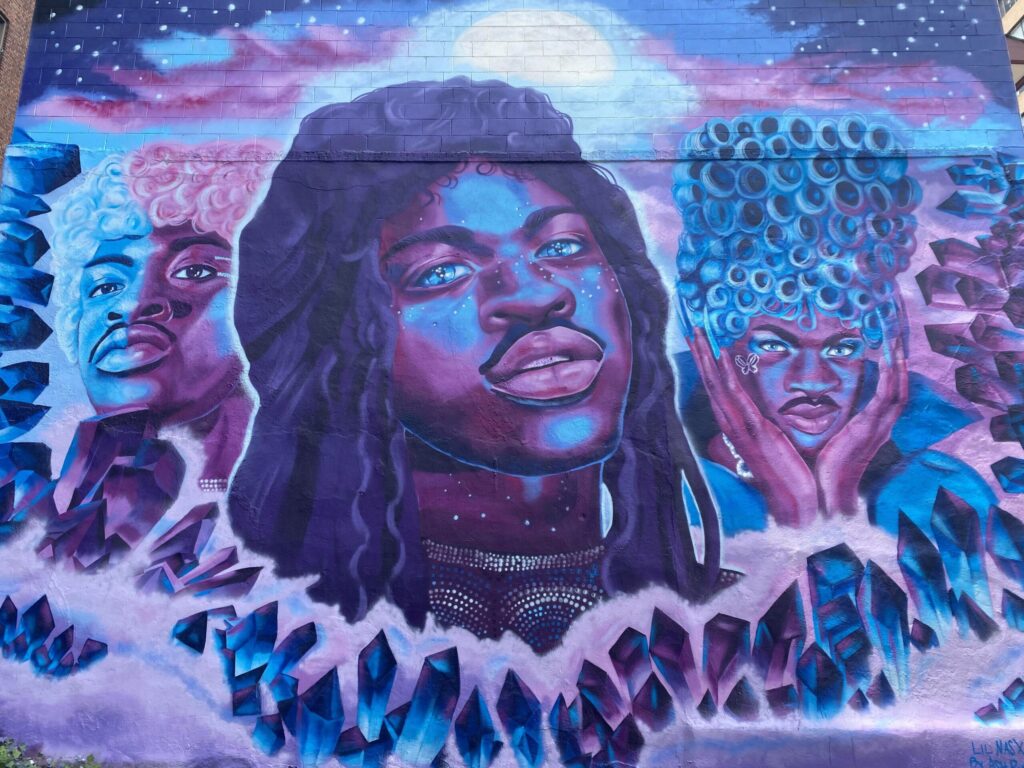 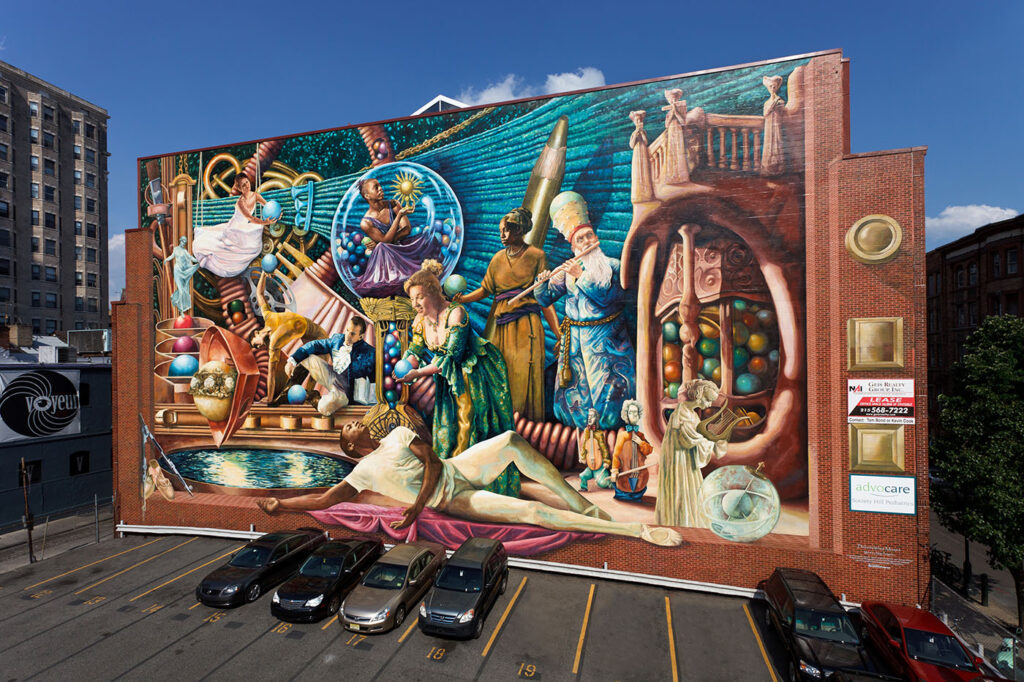