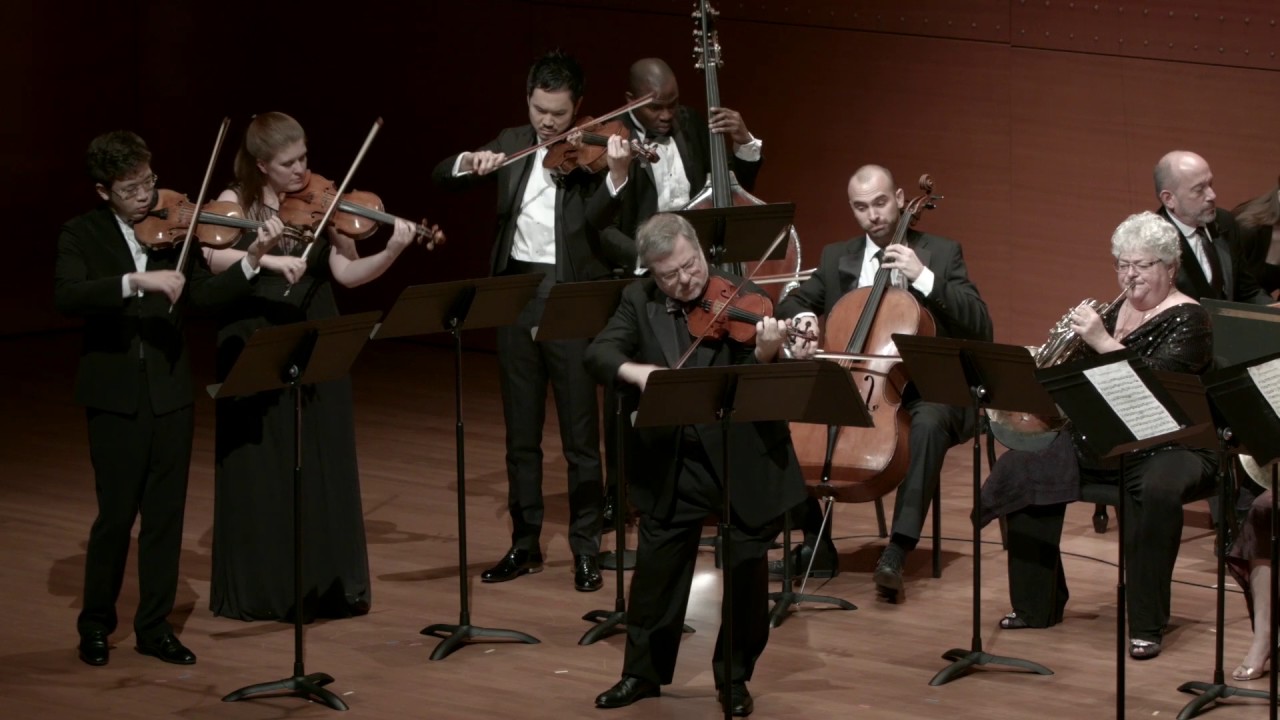 Although retired since 2014, I still relish opportunities to teach, write, and share opinions.
The Chamber Music Society of Lincoln Center presented all six Brandenburg Concertos of J. S. Bach (1685-1750) at the McCarter Center in Princeton, NJ, on December 26.
As William Lockwood, Jr., pointed to in his introductory note, it takes twenty musicians of an excellent caliber to do these works justice. All twenty were consummate artists. It was a thrilling event in an acoustically warm theatre.  The Matthews Theatre was such a wonderful venue for ensemble playing. Usually, you might hear a soloist or a duo, but rarely an ensemble. Upon hearing these splendors this evening, we hope that more ensembles and chamber orchestras will visit the McCarter.
Only a few of the outstanding musicians will be discussed because of space considerations. One such musician is Ransom Wilson, on flute. Photos of him from youth to the present day are included in this review. They attest to his artistic longevity as a preeminent flute virtuoso. Some may recall him as Jean Pierre Rampal’s protege in the 1970s, when they often appeared together in concert.
Among the outstanding violinists was the spectacular Alexander Sitkovetsky as lead violin in concerto number four. Another splendid violinist, Arnaud Sussmann, led the ensemble in concerto number two. Both artists were young and handsome, cutting dashing figures on the stage.
David Washburn played piccolo trumpet in the extremely demanding concerto number two. There was nowhere to hide as he thrillingly blazed through the music.
Special mention must be made of the two artists who played in all six concertos, Kenneth Weiss on harpsichord, and Joseph Conyers on double bass.
Be sure to schedule the Chamber Music Society of Lincoln Center when they return next year performing these spell-binding works by Bach.
Future concerts at the McCarter Center, 91 University Place, Princeton, NJ, include the Branford Marsalis Quartet on February 3, Keb Mo on February 7, and literally dozens of other offerings in music, dance, and drama. For more information, visit www.mccarter.org .
Support the McCarter. Gifts of $100 or more provide member benefits. For information, visit their website, or call the Development Department at 609-258-6548, or development@mccarter.org .
Looking for last-minute gifts? Gift certificates are available online.