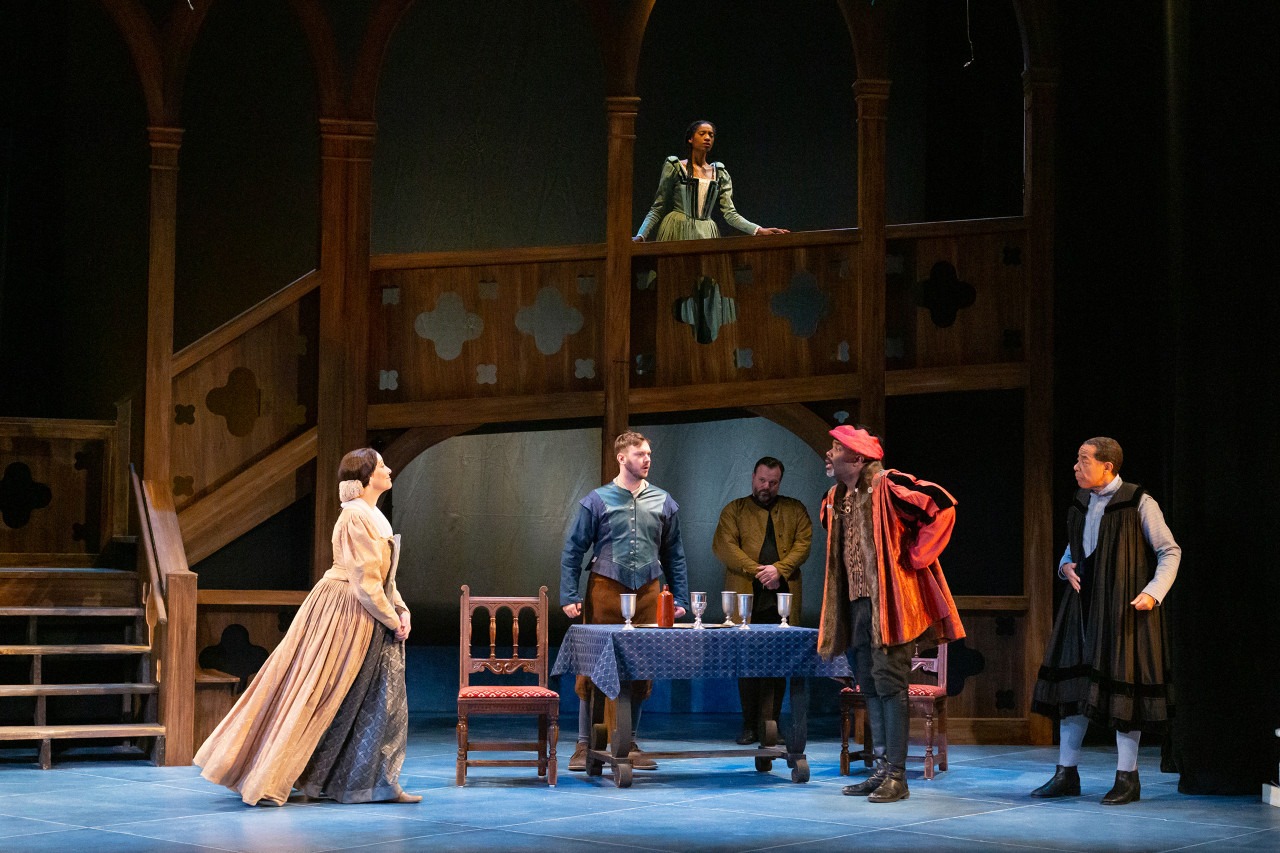 Although retired since 2014, I still relish opportunities to teach, write, and share opinions.
The Lantern Theater Company of Philadelphia is now presenting Robert Bolt’s celebrated drama A Man for All Seasons at Plays and Players Theatre until April 11.
Robert Bolt wrote A Man for All Seasons in 1960 for the stage where it was astonishingly popular. So much so that a deluxe film was shot in 1966, earning legendary status, with many of the greatest actors in the English language. The drama deals with several issues. When the fate of a nation hangs in the balance, is there room for standing upon moral absolutes? Does the integrity of one’s religious beliefs override necessity? Is one justified to stand so firmly upon principle that he forfeits his own life, those of his family, and thousands of his countrymen’s lives? These issues and more are dealt with by Bolt.
Peter DeLaurier directed a top-notch cast in what is amazingly, the play’s Philadelphia premiere. Frank X is a measured, unflappable Sir Thomas More, well known for his oratorical skills and success in the courtroom. He is the friend of King Henry VIII, here played with believable relish and bluff, sly cunning by Jake Blouch (who also plays William Roper and Attendant to the Emperor’s Agent). Anthony Lawton is the creepy, sadistic, unhinged opportunist Thomas Cromwell. Philadelphia legend Scott Greer is The Common Man, a narrative voice which adds much humor and human understanding as a foil to these great men with their grand egos. Greer masterfully plays the servant, who survives by playing one spy off another for tips they give him for relatively trivial information, and a boatman who will take Thomas More home after working hours for an extra consideration. The most interesting minor character is definitely Richard Rich deftly underplayed by Paul Harrold. A young man with no future, he asks everyone from Thomas More to the Duke of Norfolk for a position. It’s the evil Cromwell who spots a man who can be bought, and progressively tightens his hold upon the sycophantic Rich. One especially poignant moment in the play is when Scott Greer’s Common Man tells us about the sordid fates More’s accusers will face years after his beheading. All but Richard Rich, who steadily rises in esteem, dying peacefully in old age in his sleep.
Meghan Winch, the company dramaturg, wrote an excellent essay about the three wars of succession which brought the Tudors to the throne, and how not having a male heir would lead England once again into civil war. She also detailed how the Pope could not annul Henry’s marriage since her nephew Charles was now Holy Roman Emperor who surrounded Pope Clement in the Vatican. Ms. Winch also planted a few seeds of doubt concerning Thomas More, who helped Henry write a celebrated tract extolling Catholicism, and bashing Lutheranism. Some may see More’s reliance on his oratorical gifts to save himself as pride before the fall, while others might see his masterpiece Utopia as a brazen, facile sneer at the impossibility of good triumphing over evil. According to one cite in Wikipedia, even the title, Utopia, was a pun both on no place and perfect place.
So much to think about, and so much more awaits you when you see A Man for All Seasons for yourself.
A Man for All Seasons is playing at Plays and Players Theatre, 1714 Delancey Place, Philadelphia. It’s only a few blocks away from Verizon Hall. For information and tickets, www.lanterntheater.org or 215-829-0395.