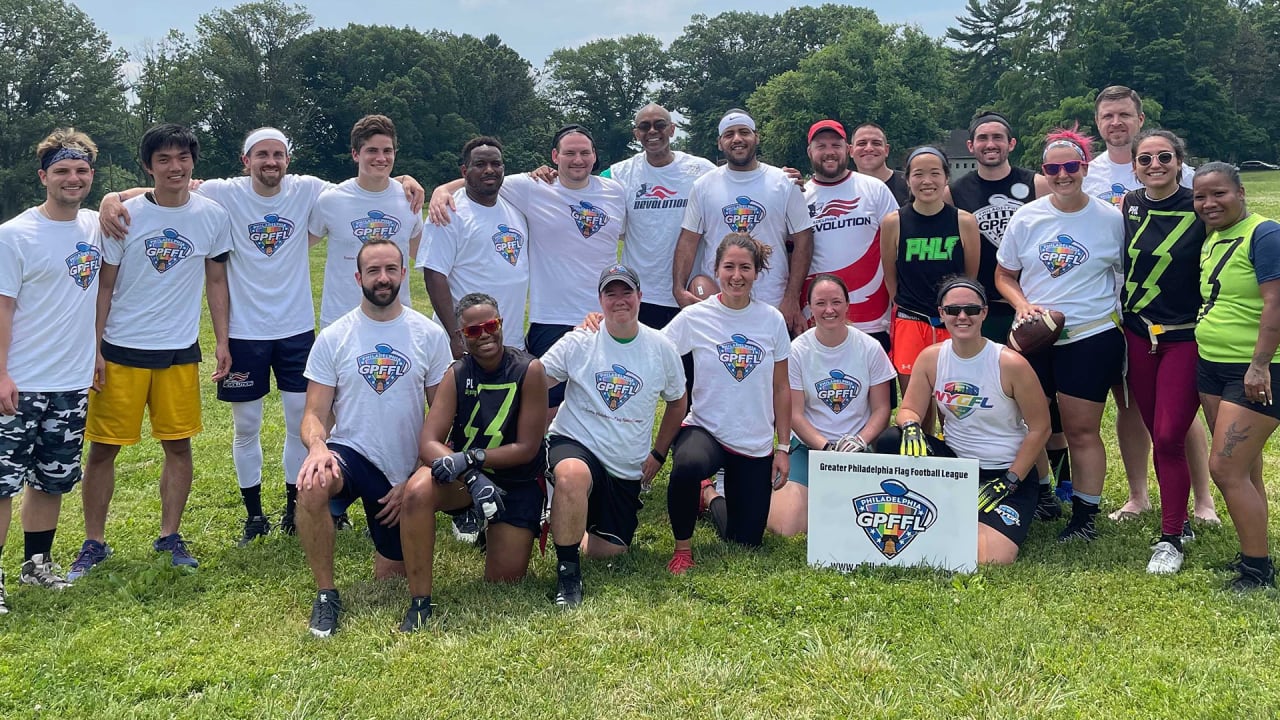 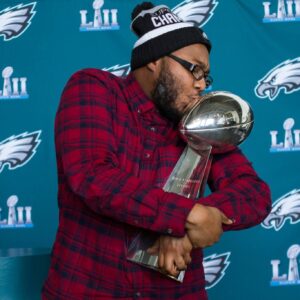 For the first time in his life, Chris Scott Jr. took part in Philadelphia’s Pride festivities in 2016.

As a gay Black man, it was a milestone moment for Scott, as he had yet to find a place for himself in Philadelphia’s LGBTQ+ community.

In the midst of the celebration, Scott made his way to Penn’s Landing and stumbled upon an information table for the Greater Philadelphia Flag Football League (GPFFL), a 7-on-7 adult recreational league in South Philadelphia.

Despite growing up in Philadelphia, Scott had never heard of the league, but it instantly piqued his interest. The league welcomed everyone – regardless of ethnicity, gender identity, or sexual orientation. For Scott, it represented the best of both worlds: an outlet for him to play football, which he loved to do, and an environment where he can be himself.

Scott arrived for his first pickup game ready to showcase his athletic prowess on the gridiron, but what he did not expect was to be so welcomed.

“Oh crap, there are others like me,” Scott remembered.

“It was a culture shock for me,” he added. “Everybody is nice for no reason at all? That’s weird.”

Five years later, Scott is the GPFFL’s commissioner. In the time since that hot summer day in 2016, the league has become much more than a way for Scott to work up a sweat on a Saturday afternoon. It has become a family.

The same goes for the hundreds of others who have signed up for the league since its inception in the spring of 2009. Almost all come out looking to have some fun on the football field. And for the ones who remain involved year after year, they’ve stayed because of the people and the community they have helped create within it.

It has provided that sense of belonging human beings yearn for, but for some, is difficult to find. It has helped spark lifelong friendships and partnerships. It has helped people grow in ways they could never have imagined. And there have been countless lessons learned – whether it was about other people or people learning about themselves.

In a micro way, the league represents what our greater society aspires to be, but has yet to reach. But on a grassy field in South Philadelphia, it can be found within the GPFFL. 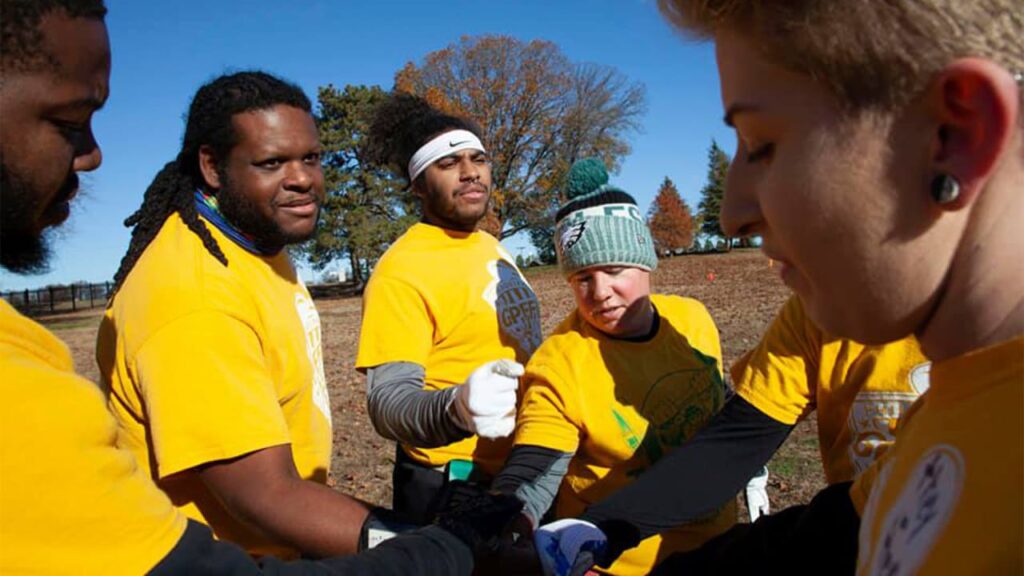 A native of South Carolina, Scott Dinkins moved to Boston for work and lived there for seven years without knowing about FLAG (Friends, Lesbians, and Gays) Flag Football, which is part of a larger network of leagues around the country called the National Gay Flag Football League (NGFFL).

But once Dinkins got involved, he was hooked.

Dinkins loved playing football, but what he loved even more was the sense of community the league provided. After only one season, however, Dinkins was on the move again because of work. This time, he was headed a couple of hours south to Philadelphia in the summer of 2008.

Dinkins wanted to replicate the experience he had in Boston and set out to find a similar league. The only problem was that an LGBTQ+ league did not exist in Philadelphia.

Dinkins contacted the NGFFL for help, who put him in touch with Matt Joseph, Brian Scott, and Christian George. The quartet then came together to begin the process of building a league.

Among the plans were to create fliers and begin distributing them to people at OutFest. While Dinkins was passing out the fliers, he spotted then-Philadelphia Mayor Michael Nutter and his entourage walking down the street.

Dinkins made the impromptu and bold decision to jump out in front of Nutter and present with him a flier. On the bottom of that flier was a list of cities that were already under the NGFFL banner. Nutter’s eyes scanned to that portion of the flier and noticed that Philadelphia was not among them.

“So, what do you need from me, Scott, to help start this league?” Nutter asked.

“I need a field, first and foremost,” Dinkins replied.

Nutter pulled out a card and wrote down a phone number for Dinkins to contact.

That number was to the office of the late Gloria Casarez, an LGBTQ+ activist and the city’s first Director of LGBT Affairs. After speaking with people in her office, Dinkins received a phone call from Stuart Greenberg, who was a program director for the city’s Parks and Recreation Department.

With Greenberg’s help, Dinkins was able to secure the Tarken Recreational Center in Northeast Philadelphia for the league’s very first practice.

After more fliers and some social media promotion, a grand total of 11 people showed up. Gary Isaacs was among those 11.

“I didn’t even know until I got out there and started hearing some of the conversations that I realized a lot of these guys were gay,” said Isaacs, who is himself gay. “It didn’t matter to me. It was fine. It wasn’t like I was looking for a gay league. I just wanted to play.”

As the weeks went by, the attendance grew slightly, but not enough to formulate an entire league. Only enough to toss the ball around, run some drills, and play a quick pickup game or two.

This caused Dinkins to go back to the city and ask for a field that was more centrally located. Dinkins appreciated the city’s help in finding a field but being in the Northeast was not going to help the league grow beyond a small group of people.

“We need a place close to the Gayborhood, right where everyone kind of lives to get it started,” Dinkins told the city.

After pleading his case, the city granted Dinkins Columbus Square Park in South Philadelphia. The move proved successful as the league quickly doubled its membership from 17 to 34 people, enough to create a four-team league in the fall of 2009. By 2014, it boasted more than 100 members on 10 teams. The rapid growth necessitated a move to a new field at FDR Park on Pattison Avenue near the NovaCare Complex.

In October of the same year, the GPFFL hosted the Gay Bowl, the NGFFL’s premier tournament. In five years, the GPFFL went from 11 people playing in Northeast Philadelphia to a thriving league with two travel teams – one for men (Philadelphia Revolution) and one for women (Philadelphia Lightning), more than 100 members, and hosting one of the largest national flag football tournaments in the country.

Dinkins’ vision had been fully realized.

“It was what I had always imagined,” he said. 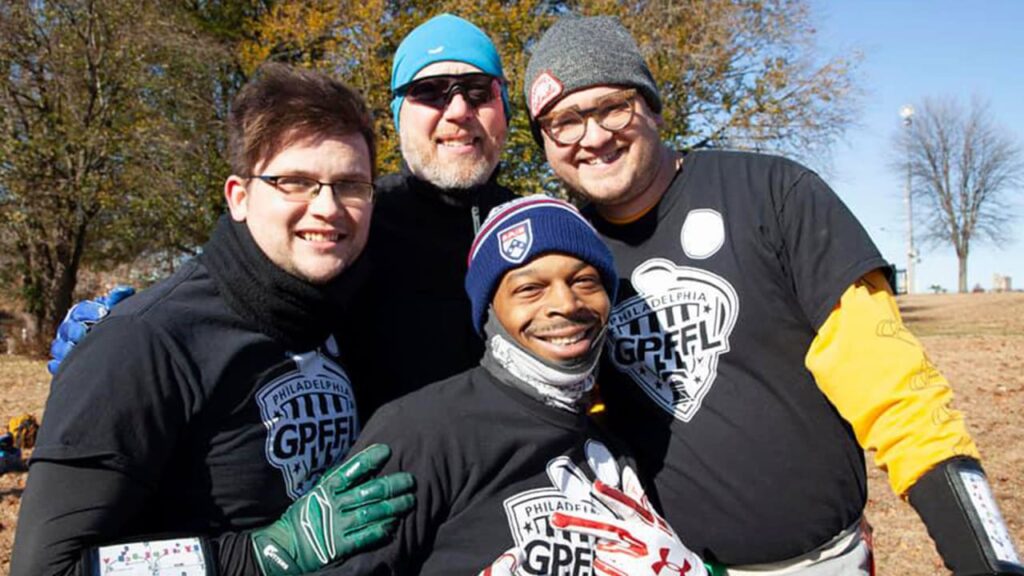 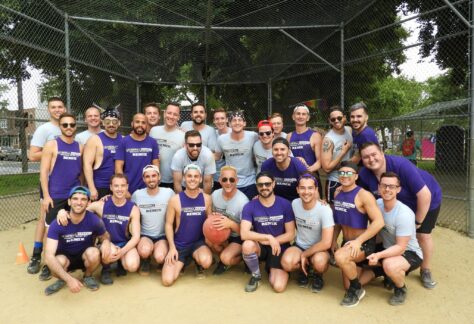 Our Fall season is right around the corner, with registration kicking off on Monday, 7/25, at 7pm and ending on Sunday, 8/7, at 11:59pm. This season, we’re bringing back kickball, dodgeball (REMIX), billiards, Stonewall in Motion, and yoga! 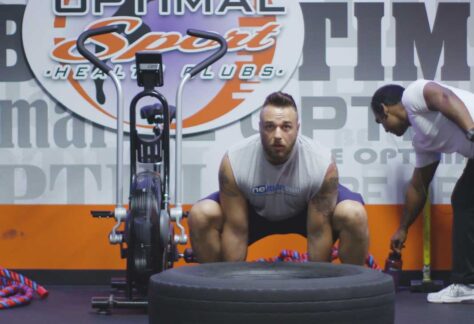 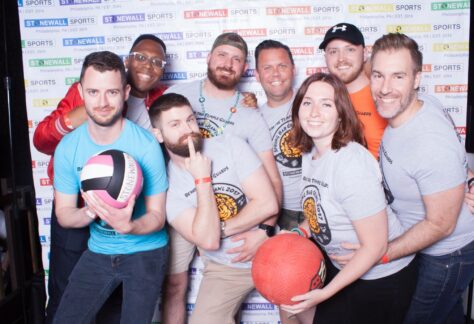 This Winter season, they are welcoming back dodgeball, volleyball, bowling, yoga, and trivia. Registration opens on Monday 12/13 at 7pm and closes Wednesday, 12/22 at 11:59 pm. 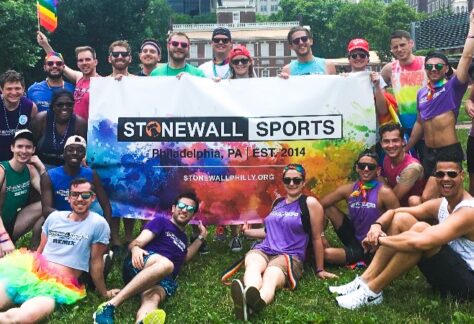 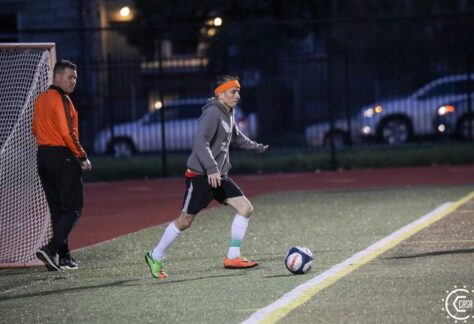 Coed Team playing in Casa Soccer League. You can join this Fall while we are trying to put 3 Falcons teams together. 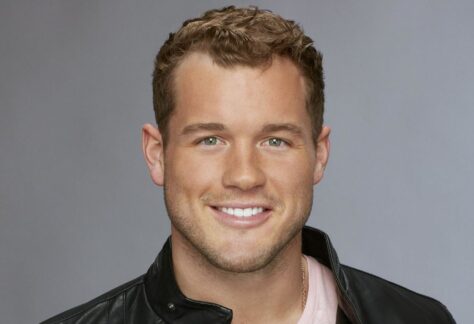 As The Bachelor Star, Colton Underwood, comes out of the closet, we ask, is the word ready for him to have his own show? 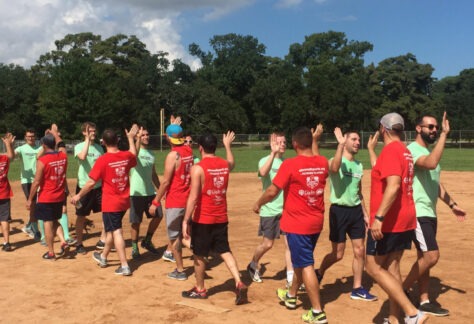 Registration for Spring 2021 is officially opened!

We wanted to remind you of a few key differences between our normal leagues and our Spring Pick-Up Season that will be important to keep in mind for registration: 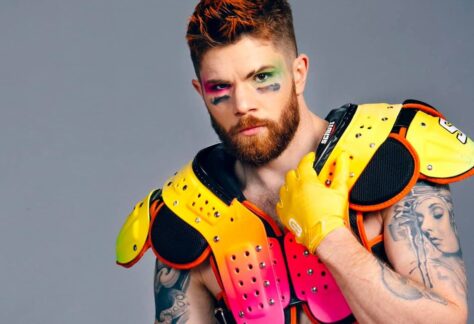 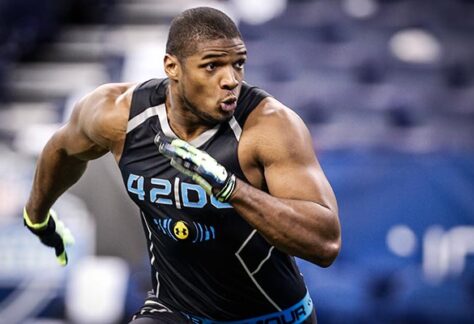 As Michael Sam, a defensive lineman, began to speak, he balled up a piece of paper in his hands. “I’m gay,” he said. With that, Mr. Sam set himself on a path to become the first publicly gay player in the National Football League.