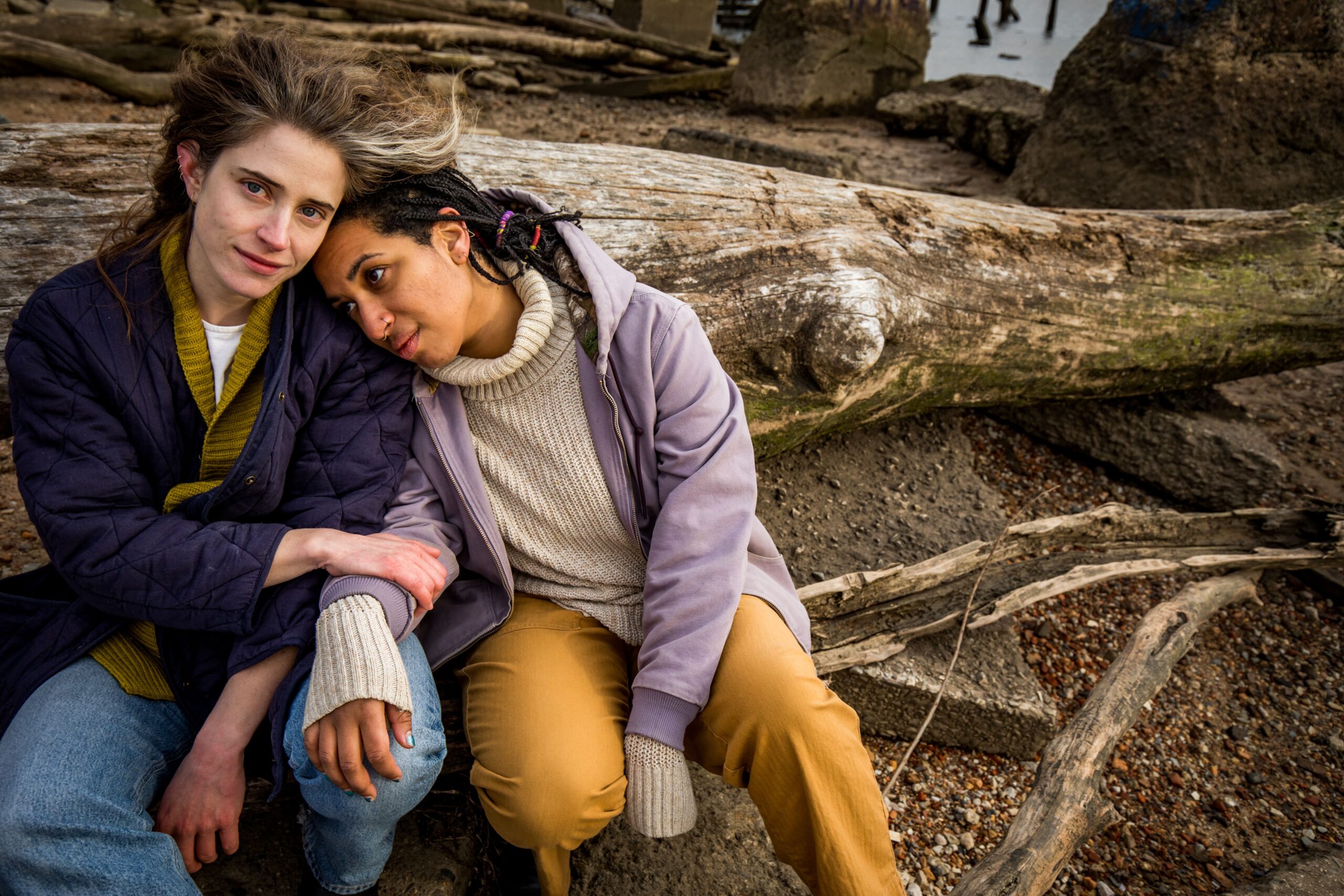 Inis Nua Theatre Company premieres the first Mainstage production of their 19th season with the American premiere of Meet Me at Dawn, written by Scottish playwright Zinnie Harris. Meet Me at Dawn will be directed by Sam Tower and stars Hannah Gold and Jackie Soro. The show runs from February 15 until March 5, 2023 for a total of 15 performances. All performances will take place at the Louis Bluver Theatre at The Theatres at the Drake, 302 S. Hicks Street in Philadelphia. Tickets are on sale now for $30 by calling (215) 454-9776 or visiting inisnuatheatre.org.

“I’m excited to offer the American premiere of a Zinnie Harris play, who’s beloved (and award-winning) in the UK but new to American audiences. Meet Me at Dawn is mysterious, almost mystical, but it’s also deeply human and surprisingly funny. It offers the kind of magic only theater can do–the magic of a profound story, unexpectedly revealed, as audiences share intimate space with the performers.” 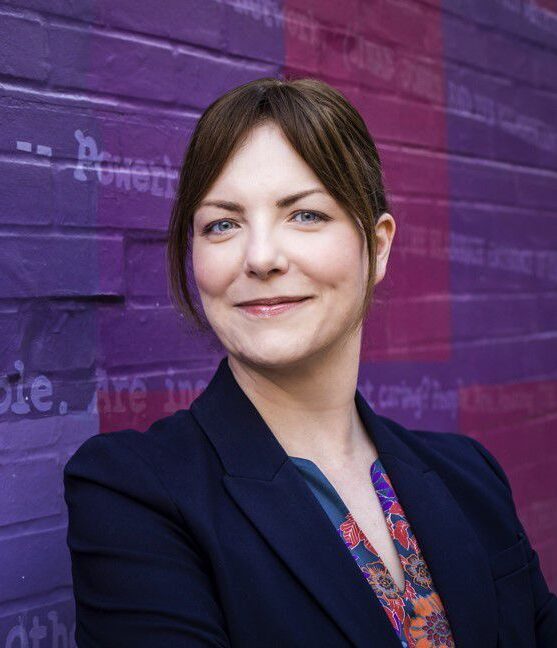 Two women wash up on a distant shore following a violent boating accident. Dazed by their experience, they look for a path home. But they discover that this unfamiliar land is not what it seems – and that, though they may be together, they have never been further apart. From award-winning Scottish writer Zinnie Harris, Meet Me at Dawn is a tender, lyrical fable exploring the mystery of grief and the triumph of everyday love.

“What I love most about Zinnie Harris is how she writes her two characters as gorgeously human and flawed,” said director Sam Tower, “Anyone who has experienced a romantic partnership will see themselves in Helen and Robyn. They are two women who know each other so deeply, who know each other’s habits and tells, but are still mystified by the puzzle of figuring each other out. Telling the queer love story of two women in their thirties that’s filled with tenderness, humor, unanswered questions, with a supernatural twist — that’s not an opportunity that comes along often for me as a director.”

For this production, Tower will work with two Philadelphia actors making their Inis Nua debut. The show stars Hannah Gold as Robyn and Jackie Soro as Helen.

Jackie Soro (she/they) is a Philadelphia-based artist, singer, and collaborative theater-maker. Her recent projects as a creator-performer include the Late Night Snacks queer cabaret festival as Co-Directing director, Emily Bate’s Wig Wag, the two most recent iterations of This Is the Week That Is as a contributor and cast member at 1812 Productions, The Bearded Ladies Cabaret’s Love Notes film series, andTeam Sunshine’s Your Optimism is Not Required.

Sound Design will be crafted by Eliana Fabiyi (she/her). The set Designer is Jillian Keys (she/her) who has been a theater designer and maker in Philadelphia for over 15 years, and her first professional credit was with Inis Nua on “Dublin by Lamplight”! Isabella Gill (she/they) is a Latinx technician and designer based in Philadelphia and will serve as lightning designer for the production. Costumes will be designed by Tiffany Bacon (she/her), a known Philadelphia radio personality and actress who officially began her costume design journey in 2004. Designing props will be J. Bean Schwab (they/them). They are a theatre maker, mover and shaker, actor, scenic/props/puppet designer who has recently worked with Shakespeare in Clark Park, Quintessence Theatre, and Villanova Theatre. Elizabeth ‘Lize’ Meisenzahl (she/her) is Stage Manager and Chelsea Drumel (she/her) will fill the role of Dramaturg after her work in last season’s reading series as dramaturg for What We Know. Marie O’Donnell & Bruce Sataloff; Rosemary Watt & Charles Arnao; and Paul Myslinski provide support for this production as Executive Producers and Pamela & Patric Ciervo provide support at the Associate Producer level.

The play takes place on a mysterious island, following a boating accident. Adds Tower, “I’m very excited to see that dream-space come to life through Jill Keys set design and J. Bean Schwab’s props. Isabella Gill’s lighting will give the audience the feeling of floating along a misty shore line, and Eliana Fabiyi’s sound design will guide the characters through several layers of reality. I think Tiffany Bacon’s costumes will make you feel like you know Helen and Robyn personally.”

Following a sold out extended run of Ten Dates with Mad Mary Inis Nua’s A Pop-Up Play in Fergie’s Pub, the company returns to our mainstage season, for this more traditional but equally fresh contemporary play.

Meet Me at Dawn was first presented at the Traverse Theatre, Edinburgh, as part of the Edinburgh International Festival in August, 2017.  The show has received acclaim internationally. Broadway World UK called it, “Beautifully written … Harris’ retelling dazzles in its simplicity.” “It’s an intelligent play which achieves a lot…well worth investigating” writes Chris Selman for Gay Times. Niamh Flynn of Upper Circle calls it, “expert theatre in its purest form.”

The show has two preview performances on February 15th and 16th and opens February 17th for a total of 15 performances through March 5, 2023. Wednesday, Thursday, and Friday shows start at 7pm; Saturday shows start at 8pm; and Sunday shows start at 2pm. Tickets are $30 each for general admission and offered for $15 for seniors, students, and theatre industry professionals. Tickets can also be purchased as part of a 2022-2023 Mainstage season subscription package including Meet Me at Dawn and Hymn (April 12th-30th) for a total of $50. Tickets and subscriptions can be purchased by visiting https://inisnuatheatre.org/tickets or calling 215-454-9776.

The Takeaway – special post-show exploration of the play’s themes, production, and relevant events by guests and theatre practitioners – will be held after the 2pm performances on the first two Sundays, February 19 and 26. The Takeaway will explore the unique and exciting challenges of this play with members of its cast and production team.

Next on the calendar, Inis Nua will have the second of three play readings in its Queer Connections Series with How to Keep an Alien on March 13th at 7:00 PM. From playwright Sonya Kelly, this play centers on issues of bureaucracy and immigration. The Queer Connections reading series concludes with Offside, by Sabrina Mafouz and Holie McNish, on May 15th. All Readings are performed at the Proscenium Theatre at the Drake and are free to attend.

For Mainstage, Inis Nua then continues the season with a production of Hymn by internationally-acclaimed playwright Lolita Chakrabarti and directed by Eric Carter. It will run from April 12th to 30th also at the Louis Bluver Theatre at the Drake and single tickets or 2-show subscriptions can be purchased by visiting https://inisnuatheatre.org/tickets Zinnie Harris is a Scottish playwright, screenwriter, and director.  Her work has been produced in the UK including Royal Court Theatre, Royal National Theatre, the National Theatre of Scotland and the Royal Shakespeare Company as well as locations across the globe. Accolades include the Edinburgh Fringe First Award for The Wheel in 2011, the Berwin-Lee Award for playwriting for How To Hold Your Breath in 2016, and Best New Play at Critics’ Awards and in the UK Theatre Awards in 2016 for This Restless House, a play written as part of a trio inspired by Aeschylus’ Oresteia with Meet Me at Dawn and a new version of Ionesco’s Rhinoceros. Apart from her playwriting she has written screenplays for several films and series for the BBC and Channel 4. She has directed for Royal Shakespeare Company, The Tron Theatre and the Royal Lyceum Theatre including their 2017 production of Caryl Churchill’s A Number for which she was awarded Best Director in the Critics’ Awards For Theatre In Scotland. Harris also served as Associate Director at the Traverse Theatre from 2015 – 2018. Most recently Harris adapted Dodie Smith’s 101 Dalmatians as a musical which premiered at the Regent’s Park Open Air Theatre last summer.

Sam Tower (she/her) has worked in Philadelphia, PA as a freelance director, arts administrator, and consultant for the performing arts since 2010, dedicating her career to serving women, queer people, children and families with arts and culture programming. She is most passionate about staging new works, devised and ensemble-driven process, performance for young people and families, and the power of live theatre, music and dance to connect communities. Sam’s work as an artist, producer and manager has been influenced by her time with New Paradise Laboratories from 2011-2015 and International Performing Arts for Youth from 2012-2021. Sam is now the Co-Artistic Director of Ninth Planet where she creates and produces devised theatre that centers people of color, women, queer and trans people in Philadelphia alongside Co-Artistic Director Nia Benjamin. In 2018, Ninth Planet premiered Homeworld: a performance installation for babies and their caregivers at The Painted Bride Art Center. Ninth Planet has been presented in Philadelphia venues and community centers (Icebox Project Space, Painted Bride Art Center, Cherry Street Pier, and more), along with educational workshops in libraries and schools, residencies, and neighborhood art programs. Ninth Planet has received regional and national support for their original performances and education programs including grants from Network of Ensemble Theaters, Children’s Theatre Foundation of America, and Knight Foundation. Ninth Planet has been featured in American Theatre Magazine, Howlround and WHYY (a local NPR-affiliate). In 2017, Sam received an Independence Fellowship in the Arts to engage in a global network of performance for young audiences by attending the Edinburgh International Children’s Festival and the ASSITEJ World Congress in Cape Town, South Africa. Sam holds a BFA from University of the Arts, training from Headlong Performance Institute, and years of invaluable hands-on experience and professional mentorship. 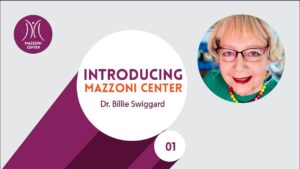 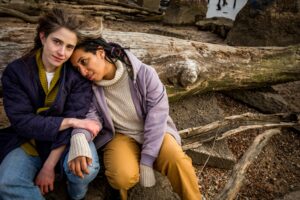 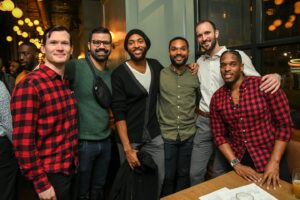 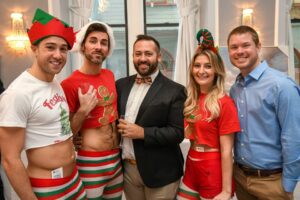 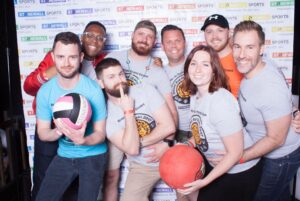 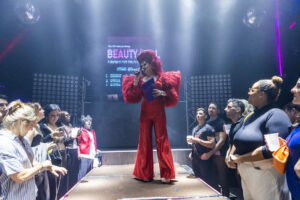 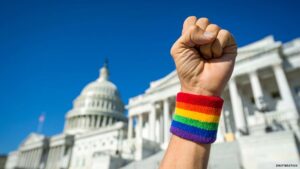