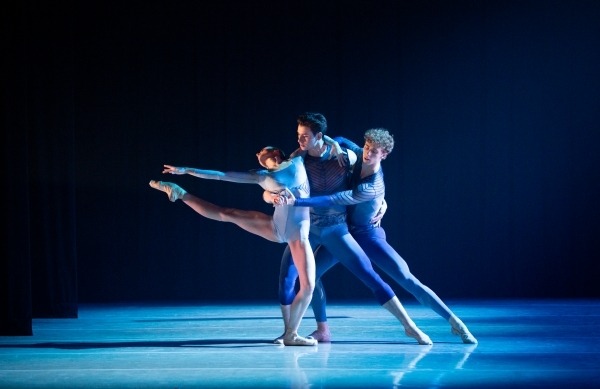 Yin Yue’s A Trace of Inevitability began the November 7 program. Music was an original score Dragonfly !! by Michel Banabila, Sets by Yin Yue and Michael Mazzola, Lighting by Michael Mazzola. A Trace of Inevitability began in the wee hours of the morning. Couples were about ready to sleep after a long day’s labor. Mists were rolling in, and with them, they brought subtle endocrine and endorphin magic. Each couple by turn became enraptured by dreams, dreams of sexual fulfillment, of extraordinary vibrancy, of ecstasy. As each female repeatedly wrapped her legs around the waist of each male partner we soon realized that we were spying upon a religious ceremony. We were now within a celestial temple of Terpsichore Urania, celebrating the body erotic. Like the Hindu temples which are covered with copulating deities, we now see the dancers rushing about the stage in fevered ecstasies of consummating desire until dawn nears, the mists once again signal a return to Earth, and to the illusory mundane dream of quotidian existence which will soon begin again for another day. The dancers, seemingly clad in sleepwear, were Albert Gordon, Aleksey Babayev, Alexandra Hughes, Kathryn Manger, Ashton Roxander, Thays Golz, So Jung Shin, Nick Patterson, and Jack Sprance.

Following the first intermission, Juliano Nunes presented his world premiere Connection. Lighting again was by Michael Mazzola, Music by Ezio Bosso, and Costumes by Hogan McLaughlin. Connection was a high energy exercise of muscular wit and artistry. Zecheng Liang opened with a magnificent and elaborate solo dance which could have been danced by Shiva, Destroyer of Worlds, had he happened to be in Philadelphia this evening. Innumerable beauties tumbled from the interplay of Lillian DiPiazza, Jermel Johnson, Oksana Maslova, Arian Molina Soca, Yuka Iseda, Nayara Lopes, Jack Thomas, Russell Ducker, and So Jung Shin. Indeed, Ms. Maslova was partnered by both Mr. Soca and Mr. Johnson in throes of ecstatic movements. Her thrillingly pale body seemed to be magnetically attracted to the dark handsomeness of her two intensely male partners.

After collecting our wits about us during a second intermission, we resumed sensory interrogation of the most enjoyable sort with Garrett Smith’s Reverberance. Music was a reimagining of Bach’s works for solo cello by soloist Peter Gregson. Set Concept by the Choreographer, with Lighting again by Mr. Mazzola. Costume Design was by Monica Guerra.

Building tension upon further tension, Reverberance was the evening’s climax. Have we ever seen this company dance better? No. Did many dancers deliver once-in-a-lifetime personal best performances? Yes, they seemed to be. And yet each dancer complemented the other in the most perfect way whether individually, as a group, or altogether. Nayara Lopes and Sterling Baca were highlighted as the pre-eminent couple with Jermel Johnson, Oksana Maslova, Dayesi Torriente, Zecheng Liang, Yuka iseda, Jack Thomas, Peter Weil, Etienne Diaz, Aaron Anker, Gabriela Mesa, Julia Vinez, and Sophie Savas-Carstens.  It’s a credit to Pennsylvania Ballet that they bring dancers from all levels to dance in their works, so that each work may have artists from Principal Dancer, to Soloists, to Corps de Ballet, and Apprentices. This is a testament to the depth of the company. The audience was hypnotized by the panoply presented by Reverberance. It is hoped that it will find its way soon into a repeat performance by the company.

Pennsylvania Ballet’s program of World Premieres lasted only a few performances, but don’t despair – there is more to their season. George Balanchine’s The Nutcracker will be presented on December 6 through 31, while the 2019/2020 Season will continue. For information about it all, visit www.paballet.org . 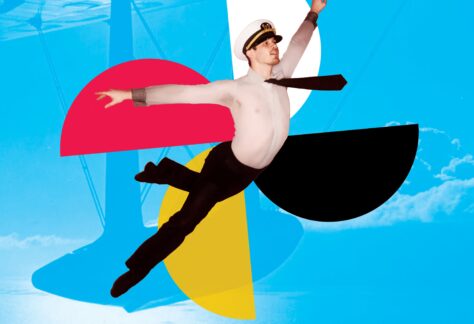 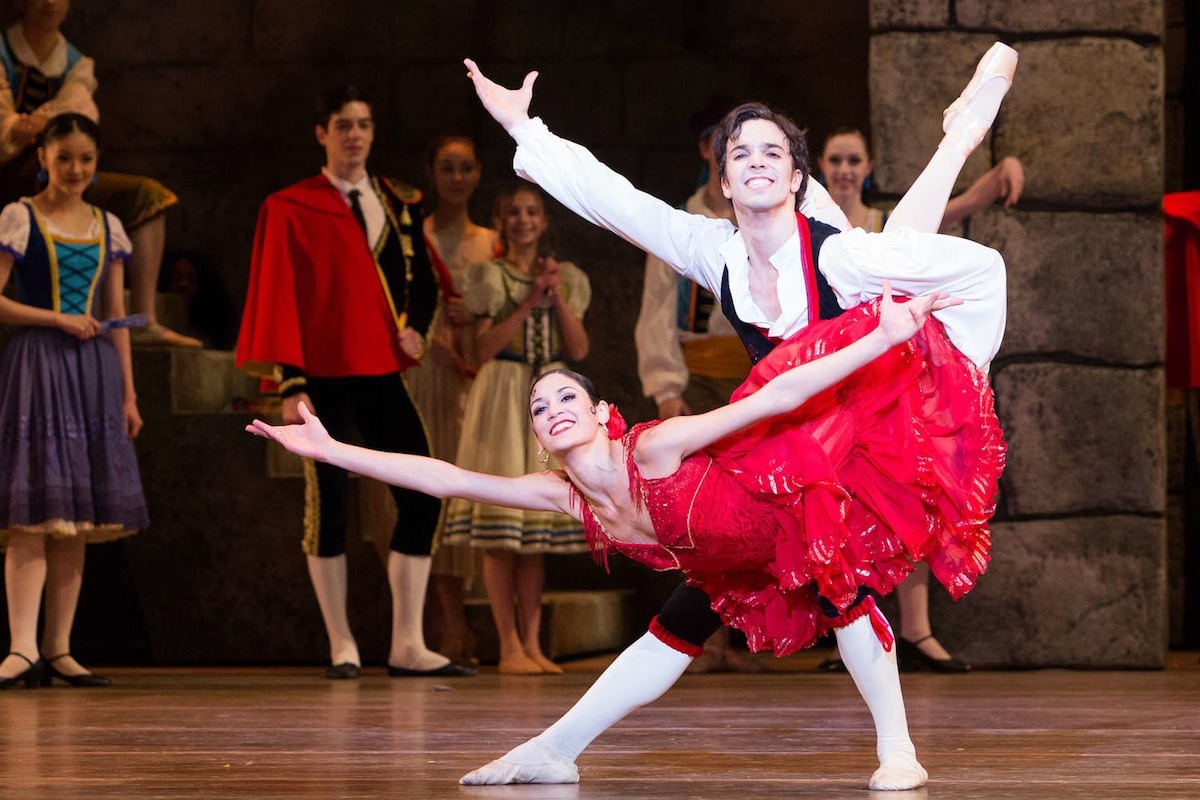